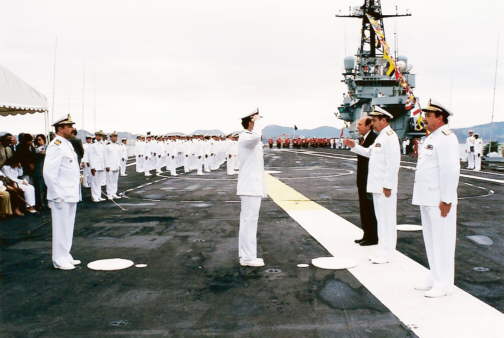 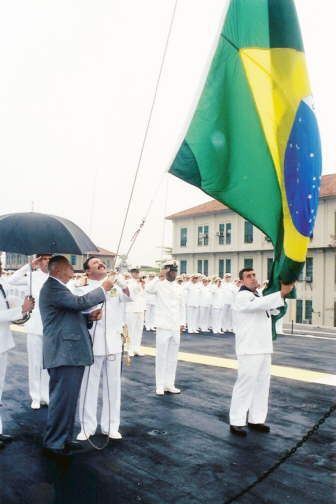 The Brazilian flag is lowered for the last time aboard Minas Gerais at Arsenal de Marinha, Rio de Janeiro, Brazil. 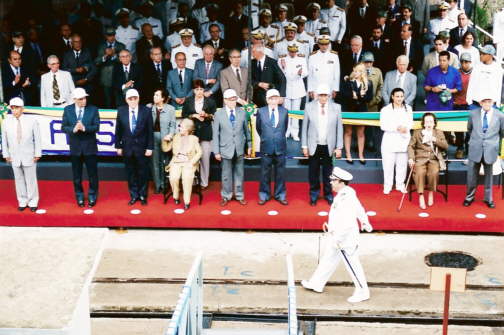 The start of the March Past before former Commanding Officer's and relatives at Arsenal de Marinha. 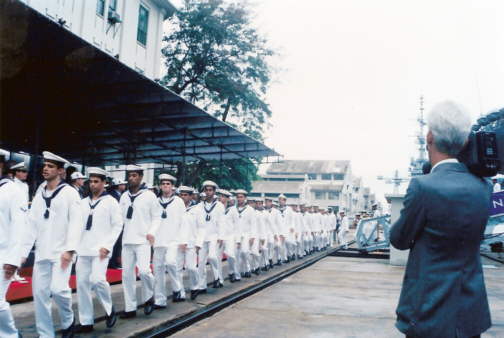 The ship's company of the Brazilian Navy disembark from the ship for the last time onto the quay at Arsenal de Marinha. 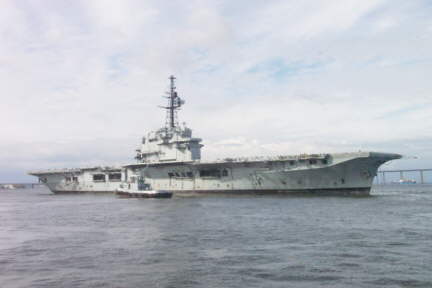 Minas Gerais being pushed out in preparation for her journey to India.

With thanks to Philip Bush for this photograph.

With thanks to Marcelo Tesch (Brazilian Navy) for this photograph.

The below photograph's were taken from a helicopter off Mauritius on the 25th of March 2004.

Minas Gerais, her final journey on tow to India to be broken up. 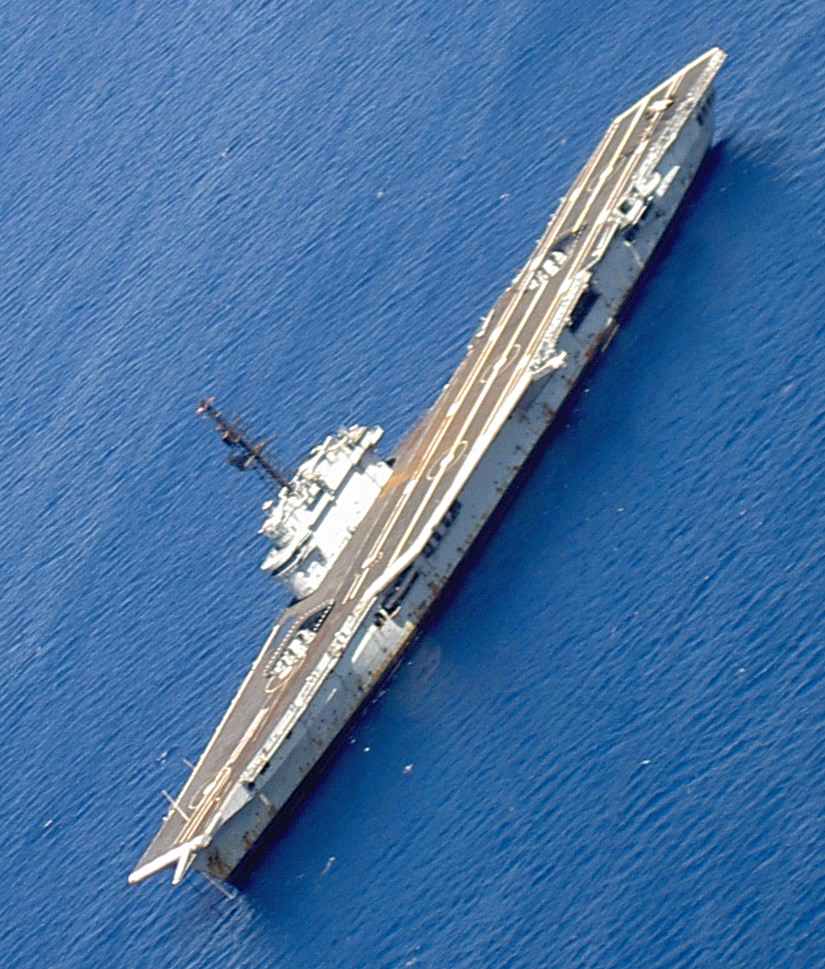 Stripped of all her weaponry and armaments, bound for her final port of call. 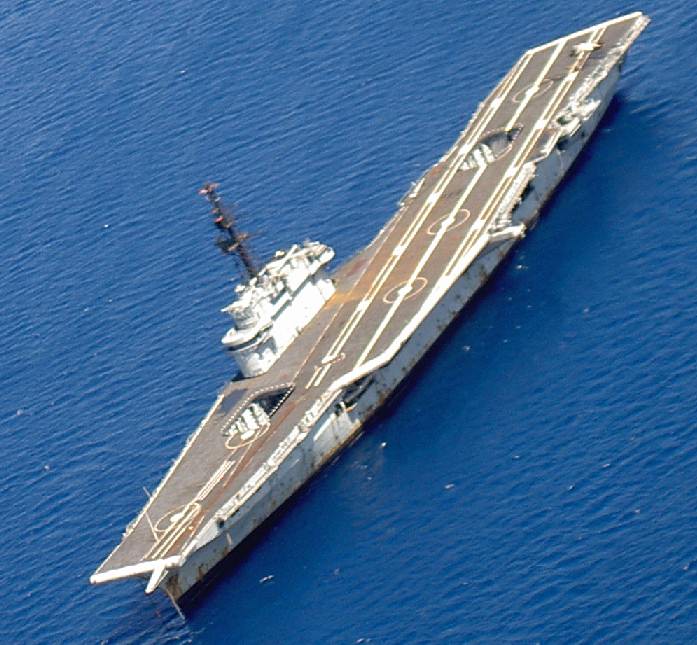 The rust now showing, as she ends her 60 years of service with three Navies. (Royal Navy, Royal Australian Navy and Brazilian Navy)

With thanks to Deva Ramasawmy (Pilot) in Mauritius for these photograph's. 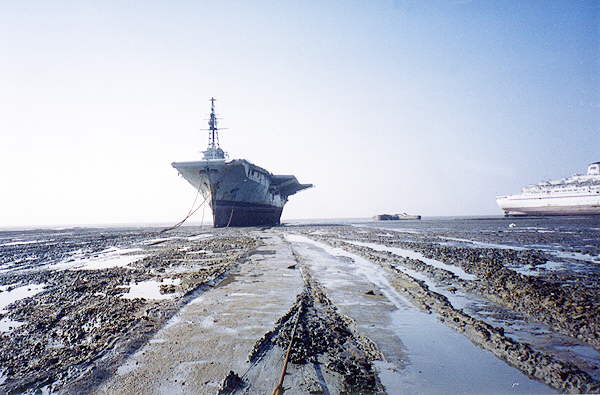 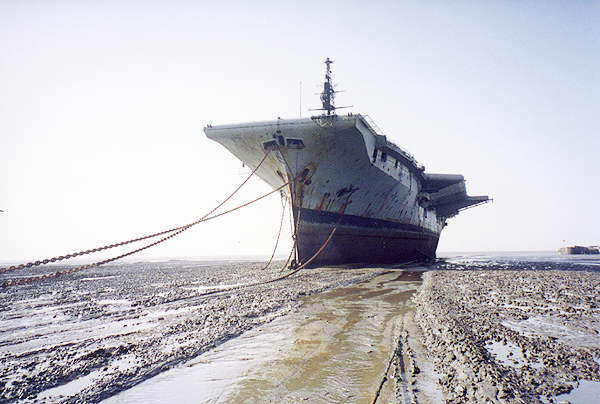 Waiting her turn before the breakers board.